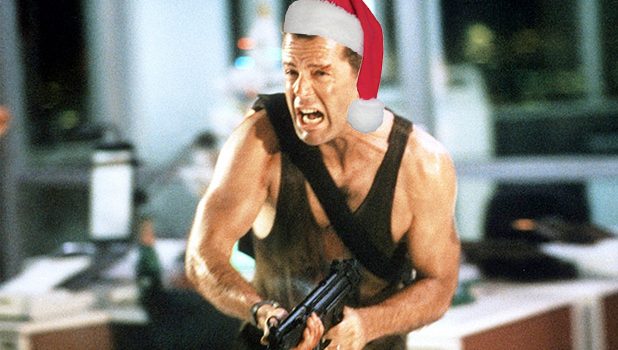 My latest Geneva Chase mystery, Graveyard Bay, takes place shortly before Christmas.  Now, under no circumstances, would I classify it as a holiday tale.  Of my three published novels, Graveyard Bay is probably the darkest.  Whips, chains, assassinations, jailbreaks—not a lot of eggnog moments.  Toward the end, I broke down and gave Geneva a proper holiday ending, but that’s not the kind of girl she is. We know she’s really not going to enjoy it.  Pour her another Absolut. 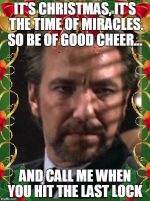 When someone asked me what my favorite Christmas movie is, I immediately answered Die Hard.  Filled with murder, action, explosions, gun play and Bruce Willis wisecracks, there aren’t a lot of warm and fuzzy holiday moments.  But in the words of that infamous bad guy, Hans Gruber, “It’s Christmas, it’s the time of miracles, so be of good cheer and call me when you hit the last lock.”  Yippee-ki-yay.

Curious about everyone else, I reached out on my social media platforms and asked what their favorite Christmas story, book, or movie is.  The book (and many movies it spawned) named, overwhelmingly, was A Christmas Carol. 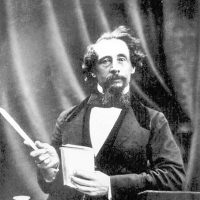 There’s no need to recount the story because we all know it, but a couple of little-known facts are: the book was published on December 17, 1843 and was sold out in three days. By the end of 1844, thirteen editions had been printed. Dickens began writing the novella in October and finished it in six weeks to have it ready before Christmas.

One last fact, Mark Twain was in the audience when Dickens did a reading (actually, more of a performance than a reading) in New York and gave him a tepid review.  “There is no heart.  No feeling.  It is nothing but glittering frostwork.”

Before his readings, Dickens would drink two tablespoons of rum with cream for breakfast. Later, he would have a pint of champagne, and just before the performance, he would drink a sherry with a raw egg beaten into it. During the reading, he would sip beef tea and would have soup just before bed. Much like Graveyard Bay and Die Hard, there’s not a lot of laughs in A Christmas Carol.  It does have a satisfying story arc.

The number one movie pick in my unofficial poll was It’s a Wonderful Life.  Here’s a little known fact about it.  Philip Van Doren Stern, an author, editor, and Civil War historian was inspired by a dream he had, based on A Christmas Carol, and wrote a 4000 word short story called The Greatest Gift.  He shopped it around, but couldn’t get it published.  So, in 1943, he printed 200 copies and sent them out as Christmas cards to his friends.  Someone showed it to a producer at RKO Pictures who gave it to Cary Grant to read.  The actor was interested in playing the lead and the studio purchased the film rights for $10,000.

Grant eventually passed on it, however, and Liberty Films bought the rights and George Capra made the film calling it It’s a Wonderful Life. Should you forget, there are some mighty dark scenes in that movie as well.

The next most popular movie choice was Miracle on 34th Street. Look hard at Kris Kringle’s Foley Square trial scenes.  If it looks vaguely familiar, it’s because in the movie The Godfather, those are the same steps where Barzini is murdered. Interestingly, the comedy Christmas Vacation came in third.  This was the last film for Mae Questal who played Aunt Bethany.  She started her career as the voice of the cartoon character Betty Boop in 1931, then voiced Olive Oyl starting in 1933 in the Popeye series of cartoons. And in the movie, look closely at the kid playing Rusty.  He’s actually Johnny Galecki, who went on to become a megastar as Leonard Hofstadter in the series Big Bang Theory.

Some honorable mentions in the poll were White Christmas, Holiday Inn, Christmas Story, Polar Express, Elf, Bells of St. Mary’s, Mixed Nuts, Home Alone, and Nightmare Before Christmas.
Other than A Christmas Carol and the Bible, the only other literary vote was cast by my daughter-in-law, Gillian.  She says, “There’s a series of children’s books by Graham Oakley about church mice.  I’ve always loved Church Mice at Christmas. The written story is entertaining, but the illustrations are what really tie everything together.  My mother and I would spend hours looking through the book, finding little nuances and clues about what will happen next.”

Gillian hits it on the head when she talks about how she and her mother bonded over that story. Perhaps that’s why we have favorite holiday stories and movies.  We have warm memories of sharing them with our families and friends.  Tearing up a little when a bell rings and an angel gets his wings or laughing our butts off when Cousin Eddie shows up unannounced and uninvited at the front door.

So, step away from your Work in Progress, close your laptop, pour yourself some eggnog and spend some time with people you love. Happy Holiday and Merry Christmas!