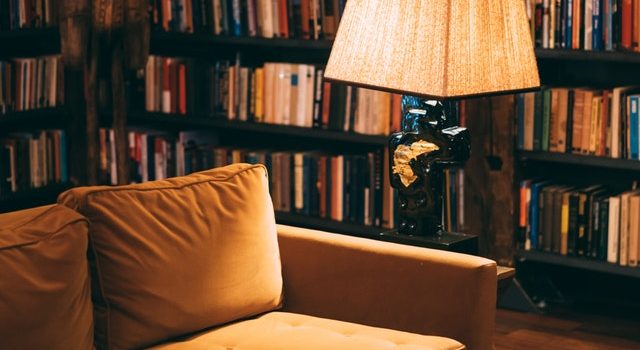 I parked cars at the North Carolina Seafood Festival in Morehead City yesterday.  My Rotary Club does it to raise money for local non-profit organization projects as well as college scholarships for deserving local students.

It was difficult to sneak away for the afternoon because I’m on deadline to finish the fourth in the series of Geneva Chase mysteries.  By the way, my publisher says they’re going to rebrand my books as Geneva Chase Crime Reporter Mysteries.

My latest mystery, Graveyard Bay, launched on September 10th.  Since then, I’ve done a local book signing on the patio of one of my favorite restaurants.  I did a book talk over dinner at our local country club. I drove to South Carolina to appear as a featured author at the Southern Independent Booksellers Alliance Trade Show.  And this past weekend, I flew to Scottsdale, Arizona, to sign books at the renowned Poisoned Pen Book Store.

Coming up, I’ll be flying to Dallas for Bouchercon.  I’m lucky enough to be on a panel there called “Stop the Presses”. Then, a week later, I’ll drive up to a town in North Carolina called Chocowinity to speak to the Pamlico Writers Group at the China King restaurant.

Is it all worth it?  Of course it is.

Not because the number of books that were sold in any particular book signing put me on any bestseller list.  But I’m building a brand. I’m getting my name and the names of my books into the public.

My publisher’s publicist works hard at getting my name out, but every writer has to do his or her part as well.  And I enjoy it.  I love meeting people, talking with them, and telling them about Geneva Chase.

Some book signings are home runs.  But not all of them are.  I was invited to a library in a town where only one individual showed up.  That’s the kind of thing that keeps you grounded.

And early on in my writing career, I did book signings at some of the local bookshops where customers came in and avoided eye contact.  That was a little disheartening.

But I’m now three years into this adventure and I can say that I’ve had the best time of my life.  Yeah, there was that time when only one reader showed up.  But then there was that time when I was invited to a public library conference in Philadelphia where my distributor threw a party at the Pyramid Club, 52 floors above downtown Philly.  There was all the food you could eat, an open bar, and a live band.

There had also been a bad snow storm the day before and a lot of authors who were supposed to attend the conference couldn’t get there.

So, I was one of three authors signing books.  We went through cases of them.

Then, just two weeks ago, I flew to Scottsdale for the book signing at Poisoned Pen Bookstore.  I was there with the owner, Barbara Peters, and three other writers: Dennis Palumbo, Warren Easley, and Mark Coggins.  It was standing a room only.

Sure, I had to get up at 2:30 in the morning to make my flight, and the airline lost my luggage, and my hotel room wasn’t ready when I’d arrived.  In the grand scheme of things, that’s chump change.

The joy is talking with people about writing and your books and mysteries.  That’s not only fun, but building my brand.

So, back to parking cars at the festival.  I’ll let you in on a secret. I collect characters and their descriptions.  They’re all based on people I see and interact with.  And let me tell you, at almost any festival, you’re going to get some doozies.  Some of them will most certainly be in my next Geneva Chase Crime Reporter novel!! 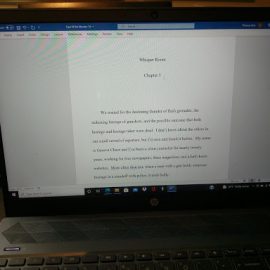